Find out more about this year's royal albatross family and their predecessors. 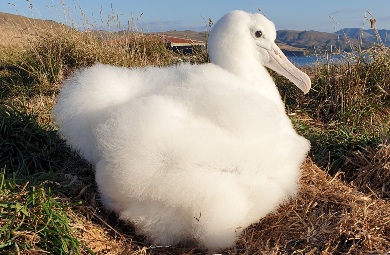 LGK and LGL nested this season up the hill from their previous nests at Top Flat. The chick was named Tiaki by public vote on 11 May 2021.

You can see where LGK and LGL have been since they have trackers.

LGK and LGL have been together since 2017 and this is their third breeding attempt. Their latest egg hatched on the 24 January 2021.

The day after it was first laid, the egg weighed 424g. We confirmed fertility on day 12 by candling, at which time the weight of the egg had dropped by 10 grams. The drop was a sign of a growing embryo inside the egg.

LGK and LGL’s first two nests were at South Plateau. The pair had a failed egg on their first attempt, then fledged a chick on their second. Their first chick was our Royal Cam chick for 2019, Karere. Read about Karere.

Watch our highlights video about Atawhai

Last season Royal Cam began a partnership with Cornell Bird Lab. We launched our new features including a trial of night vision and the ability to pan the camera.

This pair have been together since 2006. This was their 7th breeding attempt.

Two years earlier they raised a foster chick after the egg they laid was broken. The first chick they raised is a breeding female and the natal mother of the 2018 Royalcam chick, Amīria. Two more of their off-spring are in varying stages of mate selection.

The nest was between the observatory and Signal Station at Top Flat Track placing the Royalcam higher up the hill than previous seasons. The egg was laid on 14 November 2019. 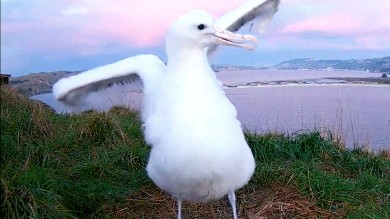 This pair has been together since 2017 and this was their second breeding attempt following a failed egg on their first attempt.

LGK and LGL made their nest at South Plateau directly across from the observatory towards the Signal Station. The egg was laid on 6 November and was the ninth egg out of the 51 eggs to be laid during the 2018 and 2019 season. 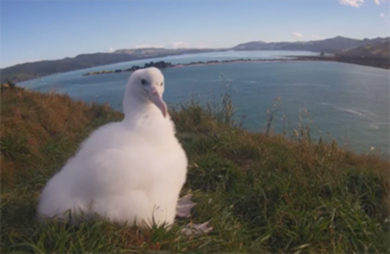 GO and BOB's first surviving chick was a breech hatch and the observatory closed for 2 days to minimise disturbance as the chick was in extremely poor condition. This chick was famously named Fred (because his life was hanging on by a thread) and survived! He even fledged a chick in 2017.

GO and WO's nest is about 20 m up the track from the 2016/17 webcam chick Tūmanako. They were seen nest building to the side of the camera view once Tūmanako had fledged.

The pair laid an egg at Top of Bluff Track on the 5 November 2017. Their egg died late in the incubation and they received a foster chick who had been deserted as an egg by her natal parents (GKY, male 11 yrs, and KBR, female 11 yrs). 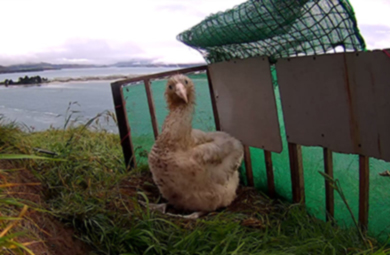 During a weigh in when Tūmanako was about two months old, he got quite agitated and as a defensive behaviour he 'spilled' on himself. Spilling is a defence mechanism where the chick ejects a smelly, sticky substance called ‘proventriculus oil’ when it feels threatened. You can see it on the chick's face.

When Tūmanako was just days old he became unwell and lost weight. He was much smaller than other chicks who hatched at the same time. So he was moved to a foster nest closer to our rangers office so they could closely monitor him.

Another chick was put in his place for BK and RBK to foster. When Tūmanako recovered, he swapped places with his parents foster chick. The foster chick could not be placed with its original parents, as they deserted it when the chick was still in its egg.

Watch our highlights video on Moana's time on Royal Cam

YWK and KGY both started breeding at 8 years of age but YWK is KGY’s second mate and KGY is YWK’s third mate. YWK has fledged 3 chicks with his first two mates before breeding with KGY.

YWK and KGY laid their egg on 6 November 2015. Their chick Moana began hatching on the 18 January 2016 and took three days to fully emerge.