Find out what is included and view a map of the Hauraki Gulf Marine Park.

The Hauraki Gulf Marine Park covers the Hauraki Gulf, Waitemata Harbour, Firth of Thames and the east coast of the Coromandel Peninsula.

It consists of public land - reserves and conservation areas administered by DOC, the foreshore, seabed and sea. Local authorities can add their reserves to the marine park while keeping ownership and control. Protected private or Maori land can be included in the park at the owner's request.

Well-known areas of land within the marine park include: 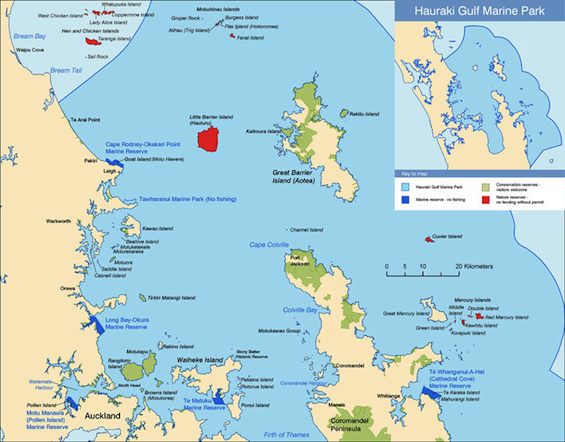