Kekeno are the most common seals in New Zealand and their population is growing.

Population: the last total population estimate was 200,000 in 2001. It will be higher now, but unknown by how much.
Threat status: least concern (population trend: increasing).
Found on: rocky shores throughout mainland New Zealand, the Chatham Islands, and the subantarctic islands, as well as parts of Australia.

Seals are very good swimmers and weaned pups will sometimes travel great distances. On land seals have been found in unusual places such as backyards, drains and streets.

Despite these odd appearances, seals are best left alone with no human intervention. 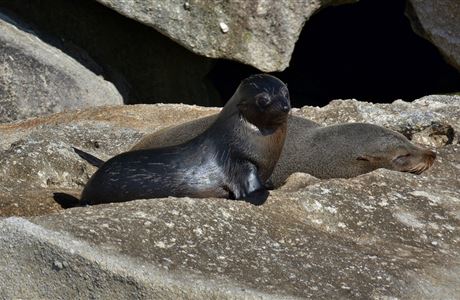 What to do if you find a seal

If you find a New Zealand fur seal it's usually best to leave it alone, however, there are exceptions.

Although in recovery and no longer on the brink of extinction, there are still numerous threats to the New Zealand fur seal including human impact. DOC's research into the New Zealand fur seal includes population monitoring and assessing the impact of tourism and fishing.