In Māori myth, the kōkako filled its wattles with water and brought it to Maui as he fought the sun.

Maui rewarded the bird by making its legs long and slender, enabling it to bound through the forest with ease.

In the early 1900s the kōkako was common in forests throughout New Zealand.

For the North Island kōkako, there has been a significant decline over the last 20 years. Management is reversing that trend in many areas to the point that the kokako has been reclassified from Threatened to At Risk: Recovering.

Predation at nests – mainly by ship rats and possums, and occasionally stoats – is the primary cause of North Island kōkako declines. Female kōkako are particularly at risk of predation as they do all the incubation and brooding throughout a 50-day nesting period. Years of such predation have resulted in populations that are predominantly male and with consequent low productivity rates. 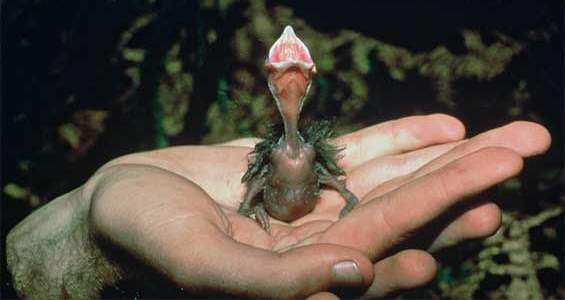 Kōkako project in the Hunua Ranges

In the mid 1990s DOC and the Auckland Regional Council started a joint project to protect the population of 21 North Island kōkako in the Hunua Ranges.

In 1994 the only remaining breeding female in Hunua fledged 3 chicks, heralding a new era of recovery. The population has grown slowly with the protection of nests from predators and close monitoring of nesting birds.

This population has also been helped by translocating kōkako from elsewhere (Mapara, Pureora, Tiritiri Matangi) to boost the population numbers and genetic diversity. A census in 2015 found 55 kokako pairs!

DOC's third North Island Kōkako Recovery Plan emphasises management of the species on the New Zealand mainland. We are working on a revised recovery plan, aiming for it to be completed some time in 2017.

Ongoing effective predator control, genetic management, and improving the habitat quality of existing populations and restoration of kōkako to parts of their former range are key features of this plan.

Our research focuses on increasing knowledge of the species to improve management efficiency to ensure long-term kōkako survival.

The 'research by management' programme which compared kōkako survival and productivity in three central North Island forests, has demonstrated that intensive management of introduced mammals can result in rapid expansion of kōkako populations.

At Mapara reserve in the King Country the total population more than doubled in seven years between 1992–1999. More importantly, the female population increased at least nine times over the same period.. A 2013 survey estimated the population at Mapara to be 123 pairs.

Similar techniques have been applied to locally threatened populations in Northland, Auckland, Waikato, East Coast and Bay of Plenty, where the birds are now increasing significantly.

A large, self-sustaining population established on Te Hauturu-ō-Toi/Little Barrier Island from translocations which took place during the early 1980s. This was used, together with kōkako from other locations, to create a new island population on Kapiti Island.

Community involvement is important for kōkako survival. The public have been involved with volunteered in survey, pest control, and monitoring work.

Community groups are involved mostly now with pest management to protect kōkako populations. Around half of existing kōkako sites are largely managed by community groups.

You can see conservation in action at the Pūkaha National Wildlife Centre in the northern Wairarapa. Tuatara, kōkako, kiwi and takahē are all permanent residents here.

A bird in the hand

Explore the features of some of our most endangered birds and the recovery programmes, techniques and technology that is helping them survive.