Have your say on the proposal to name a recreation reserve on the Kapiti Coast in the North Island. Submissions closed 17 December 2018.

Pursuant to the New Zealand Geographic Board Act 2008, notice is hereby given that the Department of Conservation proposes to name a recreation reserve on the Kapiti Coast in the North Island. 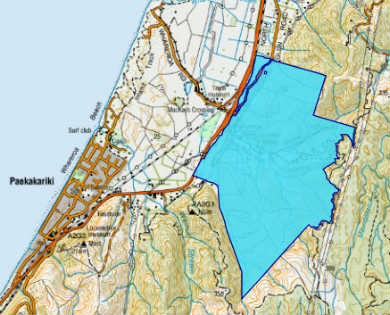 The proposed recreation reserve will be known as Whareroa Farm Reserve (approximately 433.8785 ha). It is located beside State Highway one, McKay’s Crossing, Paekakariki, Kapiti Coast.

The Reserve has been created when the former state farm was acquired by a former Minister of Conservation, Hon Chris Carter to meet government outcomes of economic growth, cultural identify and community health.

The reserve was classified as a recreation reserve by Gazette Notice in July 2015, but has remained unnamed. The final step in the process is to name the reserve.

Submissions must provide reasons for supporting or objecting to the proposed name and if an objection is made, then an alternative name proposal may be suggested. Submissions are due by Monday 17 December 2018 and should be sent to:

For an information pack on this recreation reserve: