Local tourism company RealNZ is working with us to support conservation in Fiordland. 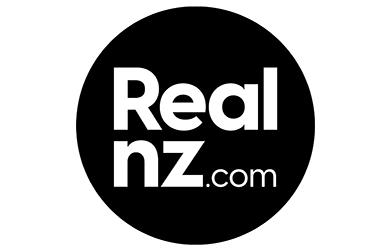 RealNZ is a privately owned tourism business that was founded in 1954 by tourism and conservation pioneers Les and Olive Hutchins.

Based in some of the most untouched areas of New Zealand, RealNZ has operations from Stewart Island to Christchurch – including cruises through Milford and Doubtful Sounds and the heritage steamship TSS Earnslaw in Queenstown.

Today the company remains true to its founders and their guiding principles of conservation and hospitality, making some significant contributions to conservation in Fiordland.

RealNZ has undertaken the removal of stoats and rats from Cooper Island (1,779 ha). Situated in remote Tamatea/Dusky Sound, the project is RealNZ's most challenging environmental mission since founder Sir Les Hutchins led the Save Manapouri Campaign in the 1960s.

RealNZ's vision is for some of New Zealand's most vulnerable native birds like kākāpō and kiwi to eventually be able to return to this, the third largest island in Tamatea/Dusky Sound. The initiative sees RealNZ join the Department of Conservation's Tamatea/Dusky Sound Restoration Programme; sharing its vision to make Tamatea/Dusky Sound one of the most intact ecosystems in the world and a source, or biobank, for the regeneration of native species throughout the country. RealNZ (formerly Real Journeys) is proud to play a part to help make this ambitious vision a reality.

Blue duck/whio have been steadily declining in Fiordland over the last 30 years. Introduced stoats are a major cause in this decline as they prey on whio.

Since 2004 RealNZ has been a major sponsor of a stoat control programme that has significantly increased the survival rate of whio in this area.

In January 2012, fourteen young whio were transferred to suitable sites in Fiordland with assistance from Real Journeys. This was part of a trial to help boost whio numbers in areas under sustained predator control.

In the 2015/16 season, the company continued its support of this successful translocation program with a $10,000 contribution. As part of that program, three rare native ducklings were caught by DOC rangers near the Milford Track and flown by helicopter from Fiordland National Park (where whio have been breeding successfully) to a valley close to the Routeburn Track.

August 2015, Real Journeys hosted a charity ball at Walter Peak, on the shores of Lake Wakatipu. Proceeds from ticket sales and auctions on the night returned more than $36,000 for kākāpō.

After a surprise discovery of rare native long-tailed bats roosting in the Kepler Mountains in 2010, RealNZ has been supporting DOC to learn more about this elusive population.

RealNZ's staff at Milford Sound have taken the initiative to maintain stoat traps in areas of the fiord where penguins are known to nest.

Located on the wild and remote Fiordland coast, Tamatea/Dusky Sound is the focus of a cutting edge project to see it restored to one of the most intact ecosystems on Earth.

The kākāpō is a nocturnal, flightless parrot. And its strangeness doesn't end there. It's critically endangered and one of New Zealand’s unique treasures.