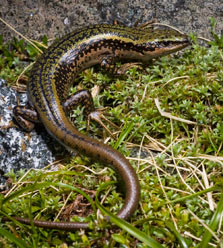 The Sinbad Sanctuary Project was established in 2009. It is a partnership between Southern Discoveries (a local tourism operator), Fiordland Conservation Trust and DOC.

The project is dedicated to restoring Sinbad Gully as close as possible to its original pest-free status. This has been worked towards for the past decade by trapping predators like stoats, rats and possums and monitoring beech seed fall - which drives predator numbers.

Why the Sinbad Gully is so special

The gully, located next to the iconic Mitre Peak, is already home to at least 20 different native bird species, including:

Species of large endemic ground weta and leaf veined slugs are known only to the mountain ranges within this region. The valley is also home to three species of threatened lizard. The star species is the Sinbad skink, currently only known within the Sinbad alpine cirque.

The Sinbad Sanctuary Project is aiming to reintroduce even more species as mammalian pests are eradicated through predator control. The valley walls surrounding Sinbad Gully form a natural barrier against the re-invasion of introduced predators.

The Sinbad Sanctuary Project has just celebrated its anniversary of 10 years of conservation milestones. The team of DOC rangers and Southern Discoveries volunteers have done:

Populations of other species, such as the bellbird, fantail, kereru, tui and weka, have also grown, with the native toutouwai (South Island robin) due to be reintroduced to Sinbad Gully within the next year.

“As one of the largest tourism operators in this very special part of the world, we’re dedicated to preserving its unique natural environment,” Myers says.

“The Sinbad Sanctuary project has reached some amazing milestones over the past 10 years and we’re very proud to have been part of those efforts.” 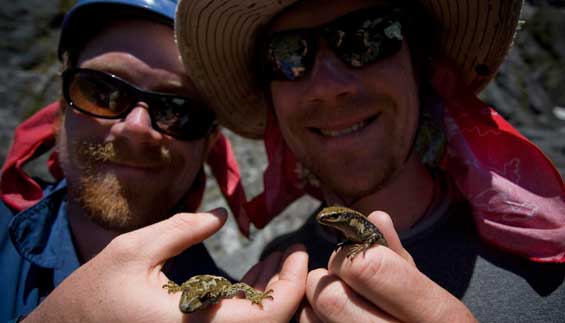 Learn more and get involved

The rare Sinbad skink is found only in an alpine habitat in Fiordland.