Te Puka-Hereka (the tied anchor) or Coal Island is situated in Preservation Inlet and is part of Fiordland National Park. At over 1000 hectares, it is large enough to provide breeding habitat for a wide range of threatened species.

The South West NZ Endangered Species Trust aims to establish and fund a world class sanctuary on Te Puka-Hereka Island for rare and endangered native species of flora and fauna. 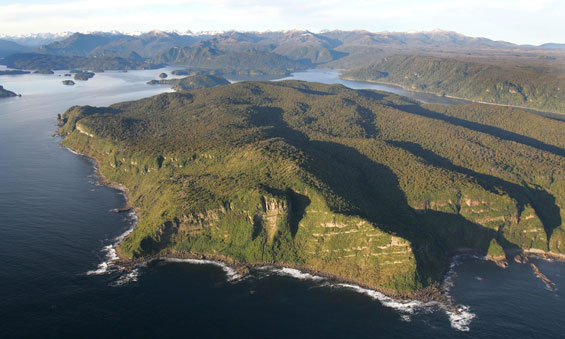 Intensive trapping, hunting and poison operations have ensured the eradication of invasive species such as red deer, stoats and mice.

The Trust has established a large-scale trapping programme to prevent further invasion of the island.

Over 15 km of trap line have been set up on Coal Island itself and traps have been placed on several smaller islands around Coal Island to reduce the chance of pests being able to swim between the mainland and Coal Island.

Trapping of the adjacent mainland has added to the buffer zone protecting Coal Island.

Although Coal Island is still home to many native species, it is not nearly as diverse as it once was. The Trust plans to reintroduce a raft of native flora and fauna to Coal Island. These species include:

The Trust aims to stablish and fund a world class sanctuary on Te Puka-Hereka Island (known as Coal Island) for rare and endangered native species.

Sixty-nine South Island robins/kakaruwai have been translocated from Anchor Island in Dusky Sound, to Coal Island in Preservation Inlet.

A report on the translocation of 69 South Island robins and 80 mohua that were released on Coal Island in Preservation Inlet, Fiordland.