Based on the theme “sustaining all life on earth,” the competition invited children ages 5-12 to show their favourite wild animal in its natural habitat. For Ava Dilly, a 12-year-old Aucklander and the winner of the competition, this was the South American blue-and-gold macaw. 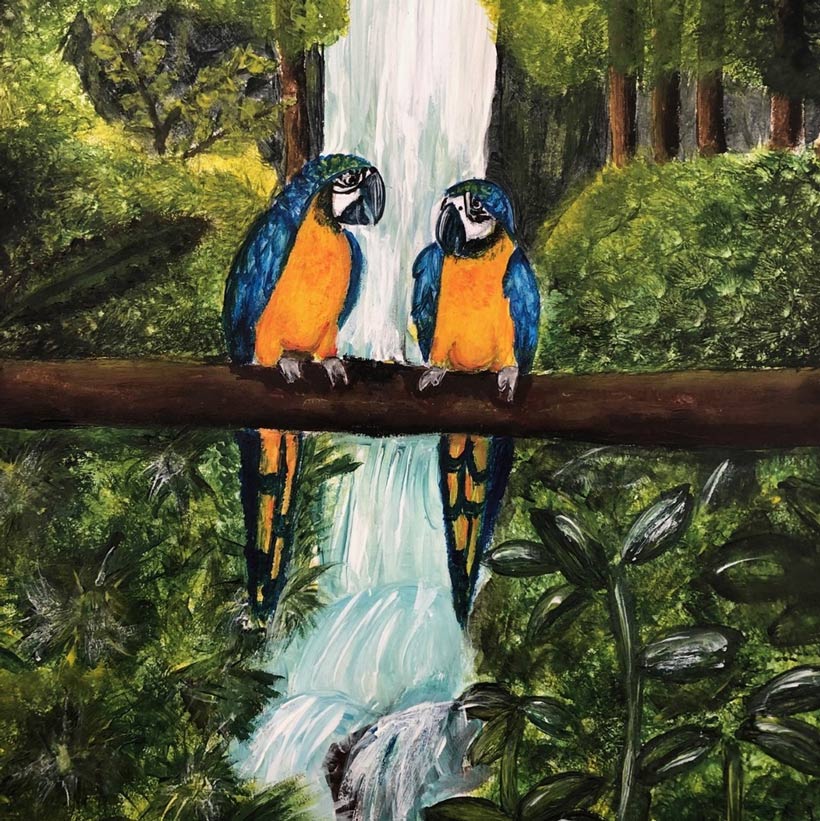 “What the macaws love about their home (the Amazon rainforest) is that it has over 1,300 species of birds, it has over 40,000 species of plants and it produces over 20% of the Earth's oxygen. They love the complex ecosystems, the interesting creatures and they love flying through the forest and spreading their wings,” Ava says.

Ten other finalists have received Highly Commended, with artwork depicting animals including a jewelled gecko, a kākāpō and a Nepalese red panda.

“We've been blown away by the amazing response from kids across the country, from Kaitaia in the North to Alexandra in the South. We had over 400 entries depicting animals from all over the world, showcasing our planet's biodiversity, and it was difficult to pick just one winner,” says DOC CITES officer Avi Narula. 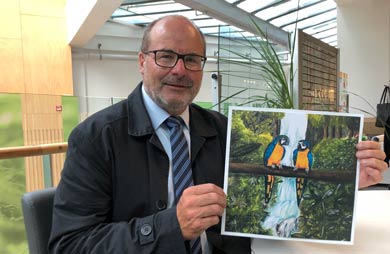 “This competition was a way to get kids engaged in the message that conservation is international. It's great to see so many of our young future leaders are already engaged and already care so much about the incredible diversity of species on our planet.

“The macaw also happens to be a species listed under CITES Appendix II, so Ava chose a very appropriate animal for this competition.”

DOC Director General Lou Sanson says, “What I love about Ava's drawing is it reminds me of my own experience in the Amazon where I saw blue and gold macaws almost 30 years ago. These birds are a symbol to the world about the loss of rainforests in the Amazon basin.”

On 20 December 2013, the 68th session of the United Nations General Assembly proclaimed 3 March as World Wildlife Day to celebrate and raise awareness of the world's wild fauna and flora. The date is the day of the signature of the Convention on International Trade in Endangered Species of Wild Fauna and Flora (CITES) in 1973. World Wildlife Day has quickly become the most prominent global annual event dedicated to wildlife. It is an opportunity to celebrate the many beautiful and varied forms of wild fauna and flora and to raise awareness of the various challenges faced by these species.

CITES is an international agreement that regulates and monitors trade in animal and plant species to ensure it does not threaten their long-term survival in the wild.

CITES is implemented in New Zealand through the Trade in Endangered Species Act 1989 (TIES Act). The administration of CITES is provided by DOC.

Be into win one of five prizes by watching a quick 1-minute video, finding out what CITES is, and doing a quick questionnaire.

The Convention on International Trade in Endangered Species (CITES)

CITES regulates and monitors trade in endangered animal and plant species to ensure it does not threaten their long-term survival in the wild.