Whio partnership off to a flying start

The future of one of New Zealand’s most endangered species is looking brighter, with the latest whio breeding season resulting in 206 new ducklings at one breeding site alone.

The future of one of New Zealand’s most endangered species is looking brighter, with the latest whio breeding season resulting in 206 new ducklings – nearly a 10 percent boost to the total national whio population – at one breeding site alone.

Inhabiting fast-flowing waterways, and widely recognised as an indicator of healthy river systems, whio are rarer than kiwi. This latest breeding result is a welcome boost for whio, of which only around 2,500-3,000 remain.

DOC Director-General Al Morrison says it is also great for Genesis Energy and DOC, who have been working together on whio recovery in the Tongariro Forest.

“This result shows that the DOC-Genesis Energy whio recovery partnership is off to a flying start. The success of the breeding season is the direct result of eight years of focus on whio recovery sites in the central North Island. Genesis Energy’s involvement has contributed enormously to this record breeding result.

According to Genesis Energy Chief Executive Albert Brantley, the gains made over the last summer breeding period are yet again evidence of the results that can be achieved when organisations like DOC and Genesis Energy work together.

“What began over eight years ago as a mitigation strategy is blossoming into a national relationship between DOC and Genesis Energy. Together we, and others in local communities, will ensure whio inhabit our rivers into the future. It's an honour to work alongside DOC and others like Ngati Tuwharetoa, the Central North Island Blue Duck Trust and Forest & Bird to make this a reality,” said Mr Brantley. 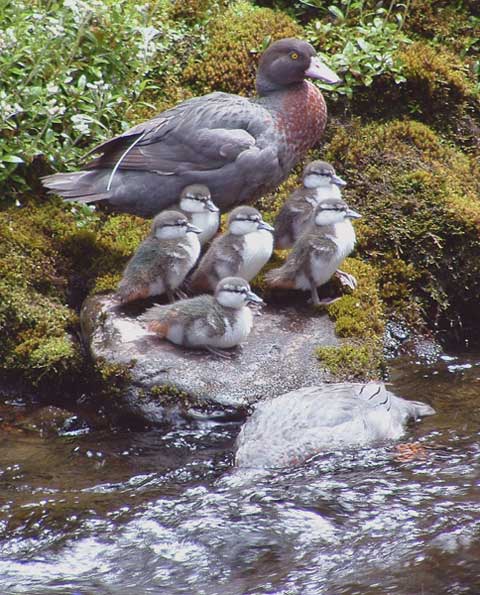 Find out how Genesis is partnering with DOC to extend its support for the Whio Forever Recovery Programme.