A major upgrade of Urupukapuka Island's 11 km track network has been completed in time for summer visitors.

A major upgrade of Urupukapuka Island's 11 km track network has been completed in time for summer visitors.

Department of Conservation (DOC) Bay of Islands Area Project Manager Katrina Upperton is delighted with the work. She says, "This work has opened up large parts of the island for exploration. I'm sure our summer visitors, campers and those who have been holidaying on Urupukapuka for years will enjoy exploring the new routes."

Story continues below the image 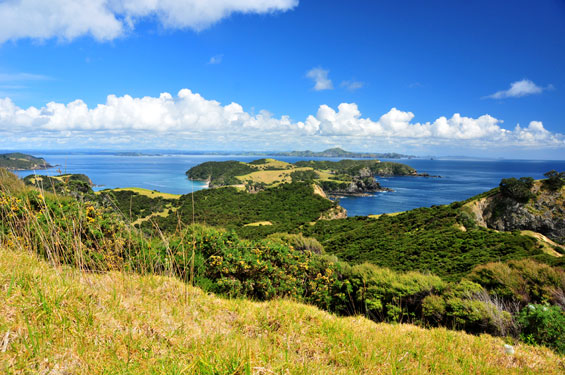 Katrina says, "Track construction contractors, Backcountry Construction Ltd., did a great job. They paid attention to detail, producing tracks that are so good that walkers are more likely to notice the outstanding views than the benching, surfacing, bridges, and steps that get them to the various parts of the island. The work will now protect the many fragile archaeological features across the island's landscape. Through the upgrade process they also removed safety issues for walkers such as greasy clay surfaces and deep erosion caused in the past by heavy stock and pedestrian traffic around steep cliff edges."

The new track system is designed to provide walkers with a steady grade and various length loop walks connecting the lovely beaches with fantastic viewpoints and extensive vistas.

Most visitors arrive at Urupukapuka Island's Otehei Bay where they can choose from several short 5 to 45 minute well-graded loop tracks, taking in archaeological sites and views of Rakaumangamanga (Cape Brett Peninsula) and the islands of the Bay.

Andrew Blanshard, DOC's Bay of Islands Historic Ranger says, "The archaeological investigation, a joint DOC, and Universities of Otago and Auckland project was carried out alongside the track upgrade work. The excavations revealed evidence of the large population that lived, grew food, and defended their island home. Much of the ground showed extensive gardening soils and remnants of protective palisades."

The next stage in the project is the design and installation of interpretation material. Moka Puru (Patu keha master carver) is working with DOC to produce an entrance piece for Otehei Bay.