A breeding whio was found dead on the Tongariro River, suspected to have been killed by a dog. Please keep dogs on a leash during the breeding months of October to December.

Spring is now in full swing with the town’s multitude of birds in their breeding season.

Unfortunately it is also a time of great risk to our treasured whio, as a local youngster found out recently. Sam Oakden was upset to discover a whio (blue duck) dead on the track while out riding the Tongariro River track not far from the Major Jones Bridge.

When Sam discovered the whio he alerted his father Garth Oakden who went to investigate. Garth helped establish the Blue Duck Project Charitable Trust in 2008 to protect the rare and endangered whio on the Tongariro River, so this find is particularly disappointing for his team of supporters.

The whio was an adult duck and part of a breeding pair, and the way it was found indicates that the likely suspect was a dog. “It is so important to keep your dog on a leash and under control while out walking during this time of year” says Garth, “as every adult bird is so crucial to bringing whio back to the Tongariro”.

At this time of year whio nest in borrows and caves along the river bank and are under most threat from introduced predators such as the stoat, but also dogs that are not under control. Please help protect the whio by keeping your dog under control during the breeding period between October and December. 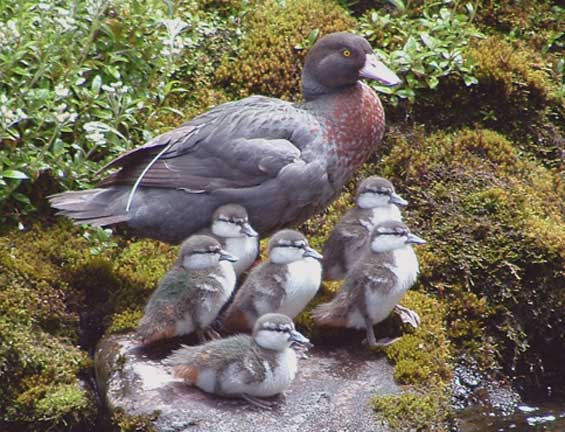