Return of kiwi to North Island after hundreds of years absence

Rowi, the world's rarest kiwi species, is returning to the North Island after an absence of hundreds of years.

Rowi, the world's rarest kiwi species, is returning to the North Island after an absence of hundreds of years.

Twenty juvenile rowi will be going to Mana Island, near Wellington, to establish a new colony in the hope of improving the breeding prospects for the species. Normally they would be going home to Ōkārito, in South Westland, from their crèche on Motuara Island in Queen Charlotte Sound.

"We expect that the absence of predator pressure, better breeding conditions and less competition for territories will ensure that the Mana Island rowi produce a high number of chicks that can eventually become part of the home population in Ōkārito." 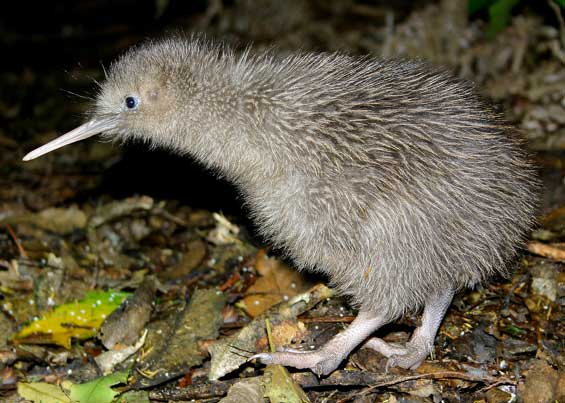 The Department of Conservation removed the 20 rowi eggs from the Ōkārito forest to protect them from predators - stoats and other introduced pests - as part of BNZ Operation Nest Egg™. After they were hatched at the West Coast Wildlife Centre in Franz Josef, the chicks were raised to maturity on predator-free Motuara Island in the Marlborough Sounds. The juveniles are now ready for their long term OE. The rowi will be transferred by New Zealand Air Force helicopter from Ngāti Toa Domain across to Mana Island.

Thanks to conservation efforts led by DOC and the BNZ Save the Kiwi Trust, rowi numbers have slowly been increasing from a low of fewer than 200 birds in 2007.

BNZ Save the Kiwi Trust executive director, Michelle Impey says saving the critically endangered rowi has been a priority. "At one point it looked like the rowi decline was a tragedy in the making. It's been a fantastic relief to see BNZ Operation Nest Egg in action; this tool has been vital in bringing the population quickly back to a point where the species, with nearly 400 birds, has a future. Still we want to get the population even higher to secure a robust population. The Mana project can help achieve this."

"The next generation of young Mana-born rowi can help to reclaim the natural range of their ancestors further north from Ōkārito Forest," says Wayne Costello, DOC Area Manager for Franz Josef.

"Natural breeding is far preferable to intensive management, and the outcome from the Mana colony may set a trend for other species of kiwi that are constantly under threat in their mainland sanctuaries."

The Ngai Tahu hapū on the West Coast, Kati Māhaki ki Makaawhio, are kaitiaki – guardians for the rowi on the Coast. When the young kiwi go north to Mana Island, Ngāti Toa Rangatira will take over the kaitiaki role for the small isolated colony.

"Ngāti Toa are honoured to welcome the rowi back to our region. We have long been involved with the care of threatened native bird species on nearby Kāpiti and Mana islands. It is our hope that the rowi will successfully flourish here as other critcally endangered birds have such as the takahē," says Taku Parai, chairperson of Te Rūnanga o Toa Rangatira Inc.

BNZ Save the Kiwi Trust

Rowi are the rarest of the five species of kiwi. Through predation and habitat loss, these remarkable birds have been reduced to just one natural population.