The Million Dollar Mouse campaign is halfway to its goal of raising $1 million to eradicate mice off New Zealand’s Antipodes Islands.

The Million Dollar Mouse campaign is halfway to its goal of raising $1 million to eradicate mice off New Zealand’s Antipodes Islands.

Mice, the last remaining pest on the islands, endanger the survival of rare land and seabirds, including parakeets, snipe and petrels. Many of which can be found nowhere else. Mice eat the eggs and chicks of these birds as well as huge numbers of insects and the seeds of plants that are critical to the health of the islands.

Gareth has been surprised by the reaction of New Zealanders, “the support from a wide range of New Zealanders has been amazing. We’ve had schools holding sausage sizzles, oldies in rest homes selling their knitting, and individuals going above and beyond. It is pretty cool to see and confirms to me that once informed kiwis do care what happens in our EEZ.”

Gareth is confident the remainder of the one million dollars can be raised by Christmas and is currently touring the country with his “Our Far South National Roadshow” to raise money for the campaign. The roadshow is visiting ten centres around NZ to share what has been learnt from Gareth’s recent trip to the subantarctic islands and Antarctica. More information on the national tour is available on the Million Dollar Mouse website. 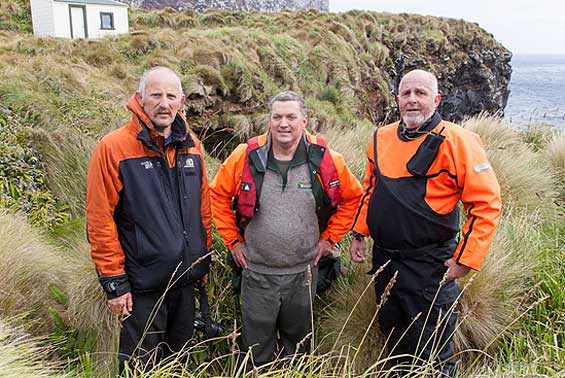 “It’s a credit to the Morgans and New Zealanders that we’re already halfway to a million dollars and our goal to safeguard the Antipodes Islands as mice-free havens for the special plants and animals that live and breed there.”

“Together we can achieve this goal and restore these islands to a more natural state and help secure an important part of New Zealand’s biodiversity.”