Once widespread through Northland, the kauri snail now has a limited distribution in parts of Northland and on a few offshore islands.

There are two species of kauri snail:

These giants were once widespread in Northland before human settlement. Many of them are now endangered or threatened, and inhabit a more restricted area of Northland and the islands offshore.

The causes of decline for kauri snails include:

Possums cause massive problems for New Zealand's native species. The periodic use of the biodegradable poison 1080 to kill possums has reversed the decline in snail populations.

Management of priority kauri snail colonies has been carried out since the early 1980s. Most of this management has consisted of poisoning rodents, enhancement planting, fencing colonies, and stock control. These actions have successfully allowed some species of kauri snails to recover from near extinction to colonies of some hundreds.

Translocations of kauri snails have led to the establishment of populations at Awhita Peninsula, Kaimai Ranges, Waitakere Ranges, and Warkworth. Captive breeding has so far resulted in limited success.

Research has also been conducted on different aspects of snail ecology.

Transponder being attached to kauri snail 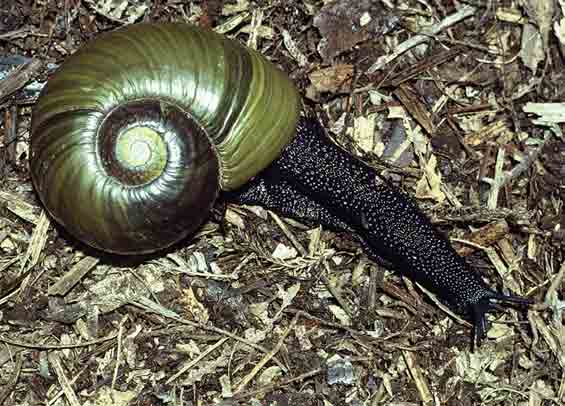 These are some of the things you can do to help if you have giant land snails on your property:

DOC welcomes any comments or suggestions you may have about the conservation of giant snails. These can be directed to the recovery group via any DOC office.